Čiovo is an island situated in the middle Dalmatia, connected to Trogir with a bascule bridge. Its district position is between Split and Trogir. The island was settled in the Prehistoric Period and was called Boa (Bua, Bavo) by the Romans. During the 15th and 16th century it was a hiding-place for the neighbouring inhabitants escaping from the Turks. The south part of the islands is relatively uninhabited.

The convent assembly of St. Cross, 1 kilometre away from the Barba Suites, which dates back to the 15th century, has a cloister with a breathtaking view and it is interesting for its north wall which was built like a fortress due to better defence. There is a valuable painting heritage from the 17th century. This church including many other smaller churches is the evidence of the great spirituality of the former inhabitants.

Not far away from the Tragos Suite (only 200 metres) above the cave which was a sanctuary for hermits, the Franciscan monastery of St. Antony was erected and it has preserved its appearance from the 17th century. The crown of gilt silver, ornamented with jewels from the 16th century, the statue of St. Magdalene by Ivan Duknović and some paintings, the most valuable of which is the one by Jacopo Palma Jr. from the 17th century; are all kept in the monastery.

In the south of the island there is a small church, the Shrine Our Lady of Prizidnice (Gospa od Prizidnice), erected in 1546. It was built by Father Juraj Stojdražić, the hermit from Prizidnice who had probably settled in this location a few years before the shine was built. On the facade of the church there is an engraving in Old Italian on a stone table:

In English translation it means the following: Father Juraj Stojdražić came here in this hermit residence and erected this shrine in the honour of the Blessed Mary of Conception in 1546.

The shrine is located in the beautiful natural environment in the south of the island, on the cliff by the sea. Steep rocks, blue sea, blooming agave and many species of authentic herbs together with the old convent and the little church filled with wowing ships make this area a real jewel.

Even though the island of Ciovo is a certain extension of the city of Trogir, it offers a variety of options for your holiday, recreation and bathing including numerous historic monuments as any other destination. Mediterranean vegetation, archipelago with picturesque islets, mild climate and beautiful beaches in the hidden coves will most certainly exalt you.

The location of Ciovo in the heart of Dalmatia is an ideal starting point for the exploration of rich cultural heritage and natural beauties of Dalmatia. Welcome to this lovely island! 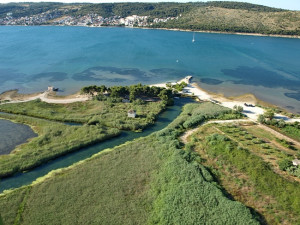 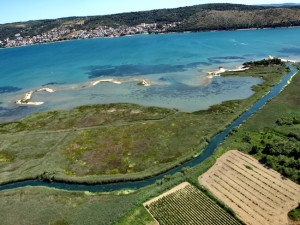 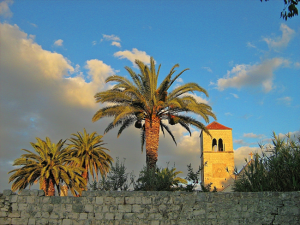 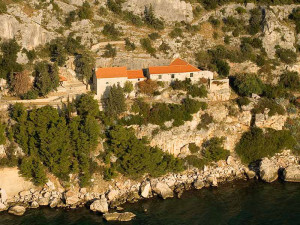